See what we have built.

Finnway has worked on many commercial and light industrial projects in the Thunder Bay area. 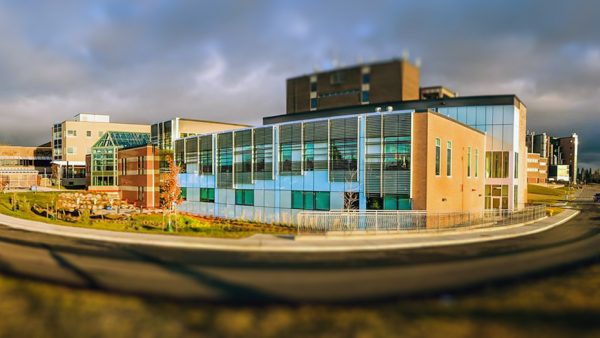 Finn Way provided general contractor services for the complete renovation of the interior of an existing two storey (1,014.6 m2) building and the construction of a new 1,103 m2 two storey building addition on the Lakehead University campus. The work included a bridge link to the existing adjacent library building, site works and extensive site service work, all in the centre of the fully operational university campus.

Stage one consisted of the complete interior demolition and renovation of a two storey building including new roofing, fall protection anchors and complete with the installation of mechanically sophisticated laboratory fume hoods in many of the new spaces. A change of use for the entire building complete with new finishes, a new roof and mechanical system.

Stage two, was constructed at the same time as the renovations noted above included the complete construction of a new building that was connected perpendicularly to the existing building. This construction was started after the demolition portion of the existing building. During project startup shop drawings were submitted and approved and the main site service work was completed. At substantial performance, the finishing touches and deficiencies were completed and the owner provided lab equipment was supplied for final hookup in the new laboratories. Many changes by the end users in the completion stage at the end of the project delayed the full occupancy of the new laboratories, however the entire building was occupied for its intended use in a timely manner. 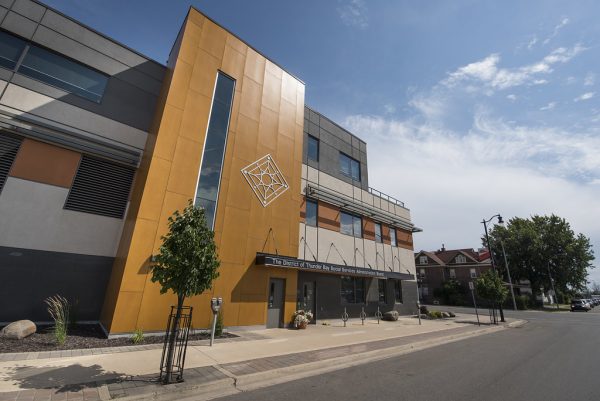 The TBDSSAB is a 55,000 square foot, three-storey administrative building that took just over one year to complete. It’s built on steel piles with concrete grade beams, and boasts a partially exposed glue-laminated wood support/super structure complete with steel stud infill walls and wood stud insulated exterior walls. The exterior is finished with a combination of creative cementitious stucco finish and wooden panels, complete with fibreglass windows with sealed glazing, Low-E and argon filled.

Inside, the construction is comprised of steel stud and drywall partitions with acoustic and gypsum board ceilings, painted finishes, and associated mechanical and electrical work. As a LEED certified project, additional design features, such as projected steel frames, were installed for window shades. A rooftop garden space accessed from the third floor was also incorporated. 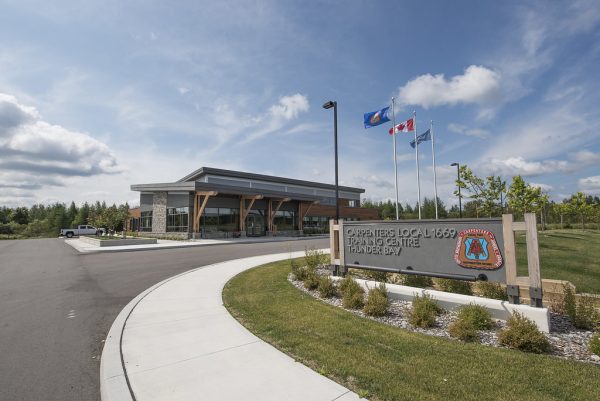 The Carpenters Union office and training facility is a 12,730 square foot facility, built on shallow strip footings and foundations with a combination of load-bearing wood structure and steel framing. The main feature of the building is the training shop, which includes a steel structure to train carpenters on various construction methods.

The building also exhibits modern architectural features, including a gently sloped roof, and a combination of natural materials to complete the exterior façade. These creative features serve as a representation of the craftsmanship, imagination, and mastery of carpentry. Prior to construction, the two story building required the removal of five-feet of muskeg, which presented us with a challenge unique to the region, but was subsequently replaced with compacted granular material. In addition to construction, we oversaw the installation of a completely new electrical system, as well as an enclosure-less dust collector for the wood shop. 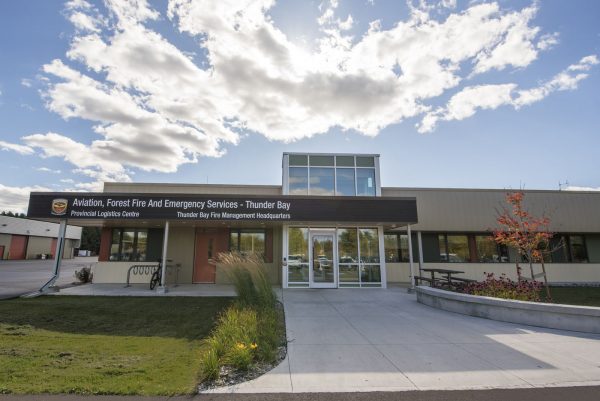 The main focus was completing the renovation and additions to the main administration building, which took place in Phase I. After this, the MNR moved back into the building while the remaining renovations to the warehouse and several support buildings, and site services were completed. Our adherence to, and ability to exceed, industry standards for construction sites was regularly evaluated as to not disrupt MNR operations. 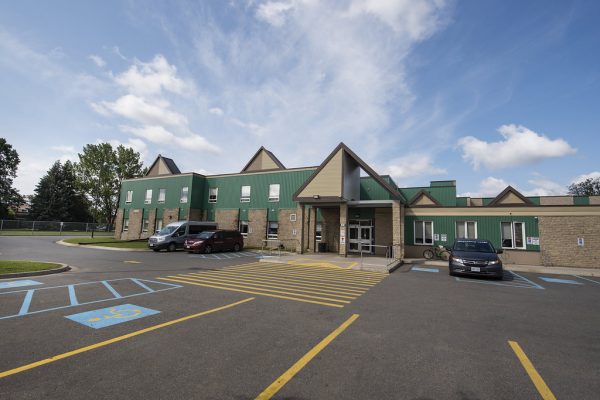 Wequedong Lodge, which provides accommodations and services to Aboriginal patients accessing medical care in Thunder Bay, required a 162,321 square foot demolition and renovation, and a new two-storey addition to better care for its guests. This project presented multiple challenges for our team, requiring hazardous waste removal, structural shoring, dewatering, extensive plumbing, and the construction of a full commercial kitchen. The two-storey addition also incorporated an elevator, and was built to wrap around the existing structure to create an open courtyard. 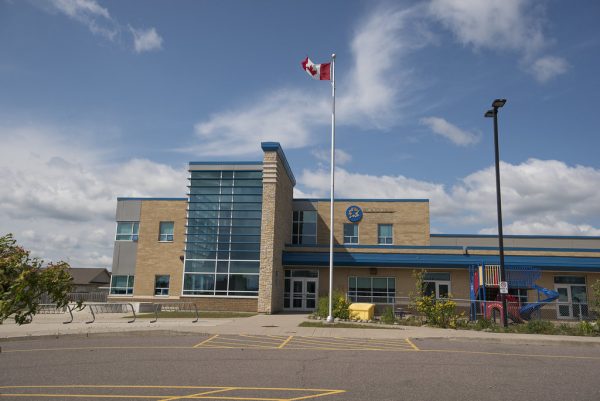 The development of this new 40,000 square foot elementary school included full masonry construction on an undisturbed natural site, with new city services and refinishing along the fronting road. Surrounding work included creating a soccer field, a basketball court, parking with a parent pick-up/drop-off, fire access routes, and a bus loop. With many sub-contractors needed to complete the project, successful scheduling allowed us to deliver on-time and on-budget.

This expansion project required a two storey, 8,620 square foot addition comprised of strip footings, foundation walls, and a concrete slab main floor with cross-laminated timber floor panels. This large addition included integration with the existing structure on a perpendicular angle. Civil work included a parking lot across the street from the site.

We are proud to have helped the Sister Margaret Smith Clinic become one of the first “Green Buildings” in the Thunder Bay area, and achieve its target of Gold LEED certification. The construction consisted of 52,000 square feet, and two stories, on concrete foundations with a primarily wood structure. A gymnasium, courtyards, and residence and administrative floors were required, in addition to the latest in HVAC systems, a high-end elevator, and sophisticated lighting and controls. 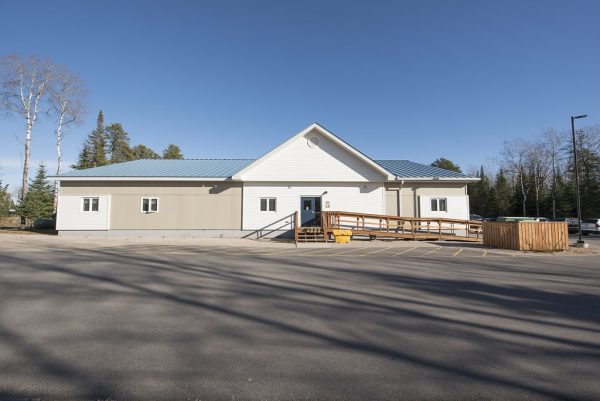 A 7,000 sq ft modular doctors clinic designed to meet the Health Centre’s requirements. Modular construction designed to ensure a superior final product complete w/ simultaneous construction of the main building, the foundation structure and parking area.  Once the modular sections were delivered and stitched together, a truss roof system was installed, siding and skirting, and the barrier free entrance ramp installed to complete the project.  The design suits the requirements and the construction suits the regional climate. 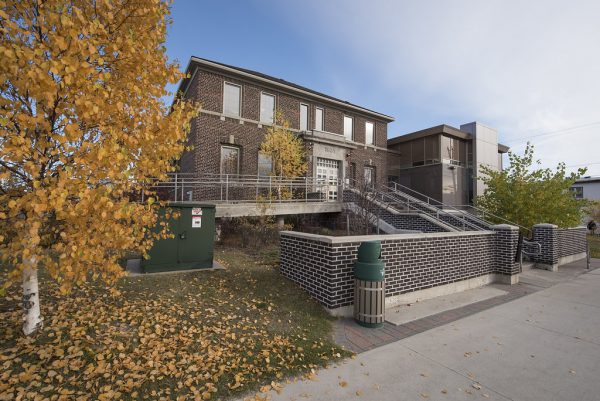 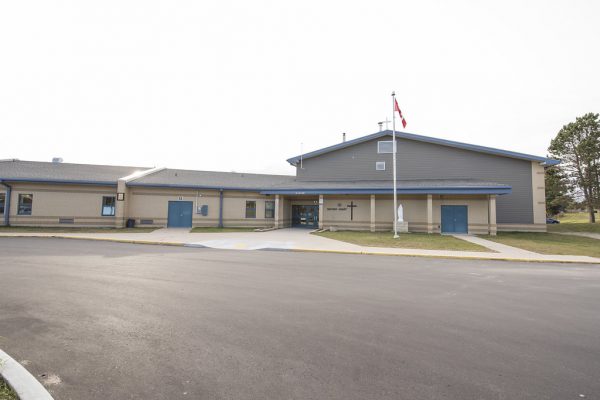 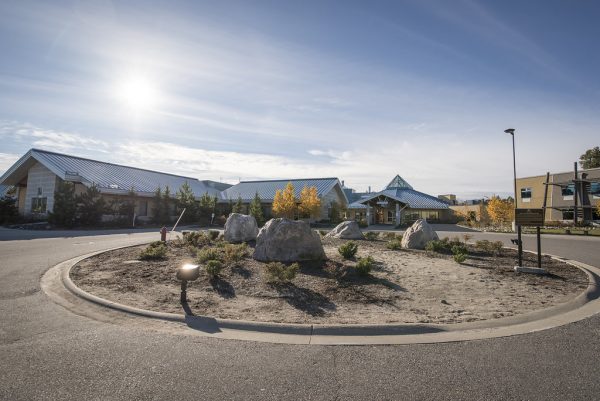 The design-build of a 55,000 sq ft flawed roof retrofit. In conjunction with the Owner, the design team including consultants, a general contractor and a roofing subcontractor investigated the existing metal roof and designed and constructed a new metal roof over the existing to correct the serious roof envelope problems. The original contract changed to a fixed price. 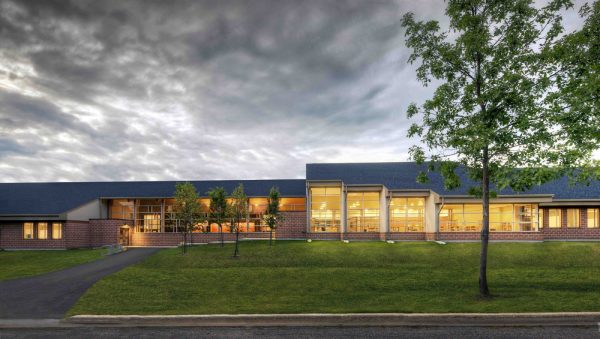 New one story 45,000 sq ft building with 3,900 sq ft basement and a second floor mezzanine, A new school facility directly behind the original school.  Construction consists of poured foundation and slabs with in-floor heating, a concrete block centre built above the basement, two wood structure wings with sloped wood truss roof and shingles.  The building has exposed glue laminated structure in the common area and decorative masonry stone and stucco as the exterior finish. At completion the original school was demolished. 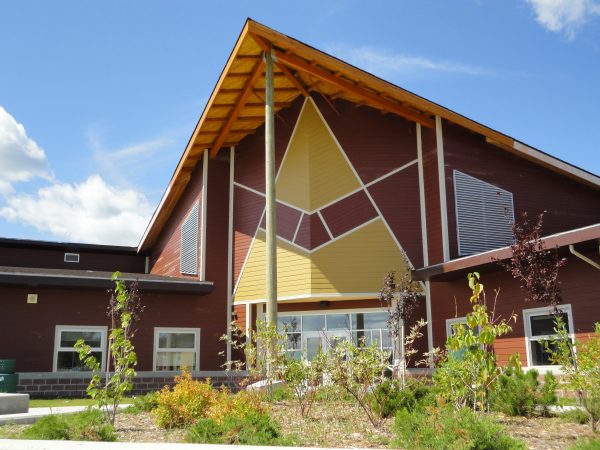 A 21,900 sq ft elementary school constructed with concrete foundation and slab-on-grade floors. This building has a grand entrance with a two storey space and includes an oversized gymnasium and is mainly wood framing with a sloped roof.